WHAT IS SHADOW WORK?

We all have a series of Shadow Selves – the parts of us that we refuse to own. When we get grossed out or angry or frustrated by something someone else does, we are projecting our Shadow Self onto them. When we project outside of ourselves, instead of owning our own shit, basically that’s our Shadow at work.

Also, there is the “Bright Shadow” and the “Dark Shadow.” Dark Shadow is what we are more familiar with. One of the easiest examples in waking life is the politician who is aggressively anti-gay in his speeches and legislation, but then is caught having sex with men in a truck stop bathroom. He is trying so hard to divorce himself from this very real, very large aspect of himself (usually due to religion), but his Shadow self – the unconscious part of himself – will act out in wild and chaotic ways because it has not been integrated.

An example of a Shadow character in fairy tales is Maleficent, the “Evil Queen” in Sleeping Beauty. She is almost always portrayed as a villain and someone that “beautiful, young, obedient women” should be fearful of becoming. And yet, she is also a fiercely powerful, magical witch that needs no man, and needs no family. She is her own powerful force. So while we are taught to fight and resist our inner “Maleficent,” she actually has tremendous gifts to offer us, if we can welcome her in to our hearts.

Does this mean that we turn into murdering, jealous people when we embrace our Shadow selves? That’s the real trick of all this, because the exact opposite happens. When we spend so much time and energy “fighting off” our Shadow aspects, those dark qualities get acted out in toxic, unconscious ways, but when we EMBRACE them instead, then integration happens, so we actually stop acting out unconsciously. Our brains mean well – we tell ourselves “Oh! Reject all that awful stuff so we don’t do it!” but our minds are actually perpetuating the shadowy darkness by doing that.

This is a big aspect of my work. Read more about working with me one-on-one.

“Bright Shadow” like “Dark Shadow” is unconsciously projected, both individually and collectively, but “Bright Shadow” is composed of all the gifts, talents, genius, and extraordinary abilities that lie within the authentic and whole self, but which (like the dark shadow elements), are much easier to see in others than to see, recognize consciously, and take mature responsibility for expressing as parts of our own being.

When the material of the Dark Shadow is projected, it creates and fuels all the “-isms”: racism, classism, sexism, age-ism, pretty-ism, smart-ism, language-ism. Basically, any time we say “I’m not that. They are wrong and bad and I am right and good.”

My father used to say that unconscious Bright Shadow projections are the only reason anyone falls in love. Because that is the space of those early crush times, that “new relationship energy” where our person can do no wrong and is amazing in every way. That’s a lot of Bright Shadow projecting!

My father also felt that the projection of the Bright Shadow actually ends up causing more damage in the long run than the more easily recognized and destructive consequences of projecting the negative shadow. Why? Because it can cause many gifted and talented people to see their own unique potential contributions as the exclusive potential of OTHERS and for that reason, they don’t let themselves grow, learn and manifest their own gifts. The world is then robbed of what they would have created, and all the transformations of consciousness and awareness they are capable of creating – and we don’t even know what we have lost.

The positive, creative, transformative energies lost in this process of unconscious Bright Shadow projection are the very energies that are capable of reversing the injuries, and healing the repetitive wounds that are delivered by the corresponding, much clearer and more visible processes of Dark Shadow projections.

I want to share a great insight one of my clients had (and yes, I have their permission to share with you all!). There is a dream figure that has been showing up in their dream. It’s not a pleasant figure – in fact, my client’s description is that he is “mean, but the richest kid in town.” He’s smart and athletic but a real bully. This dream figure is based on a waking life person who was one of those mean boys that you also kind of have a crush on, because they are so powerful and sure of themselves. In almost all the dreams, this figure shows up as a villain and a bully. But in the most recently remembered dream, he shows up as a lover. And while the sex was nice in the beginning, it didn’t end up feeling very nice and the dreamer awoke with rage and fear and worry about how their waking life partner might feel betrayed by the sex, regardless of how bad it was.

Through our work together in our one-on-one session, we were able to name this character for what he is – a very powerful Shadow Figure. At first, we referred to him as “the Bully Crush,” but once we figured out his importance as a Shadow Teacher and the gifts he had to offer, he became “the Alpha Male.” This figure represents everything the dreamer hates about “toxic masculinity,” in the world and in other people. But of course, as we all know as dreamworkers, whatever or whomever shows up in our dreams (especially scary or “dark” monstrous recurring characters), are also a part of ourselves asking to be seen and heard and received. When we can embrace and welcome back these “toxic,” gross, icky, unflattering parts of ourselves, amazing gifts can arise! This is the path and teaching of Shadow work.

With my assistance, the dreamer was able to become more playful and open to their “inner Alpha Male.” Since the dreamer is experienced in theater and costuming, we talked about how they could embody this Alpha Male character in a waking life art ritual. With some clues from the dream, the dreamer came up with their perfect “Alpha Male” outfit  (a three piece suit, thank you very much). This character also eats junk food whenever he wants and throws the wrappers on the ground! Scandalous! Through letting this Shadow character really become embodied in waking life in a safe container, the dreamer started to open to the gifts their Inner Alpha Male had to offer, once they could welcome him back into their heart. These gifts include a lot of vitality, being able to ask for what they want, spending more time doing things they actually want to do, and really understanding that “money alone doesn’t make you rich.” These are gifts the dreamer could not completely own before this powerful (and super fun!) Shadow work. And let me make note here, that whether we are on the gender spectrum, or far beyond it, we do all have an “inner Alpha Male.” We can’t live in the Western world and not be affected by this kind of patriarchal influence! The same goes for any kind of disowned “feminine” aspects. Only you can say what those projected aspects are.

We had so much fun doing this Shadow work together, that I started diving in to my own “rejected Alpha Male” character. Who is he? I realized he is a Hippie Grifter named “Dancer” who lives in his van and wanders around various festivals in his culturally-appropriated poncho, hooking up with ladies and stealing wallets. Ha! Not too flattering, right? But the more I can own my own gross, creepy, hustling Shadowy Alpha Male, the more I can embody the very real gifts he has to offer me! My Inner Alpha Male is teaching me about freedom and having adventures that I don’t plan or try to control. He’s teaching me about asking for what I want and not worrying about coming off as selfish. And because I am welcoming and integrating this Shadow part back into my heart, when I next ask for something it will come from my heart in a far more empowered way. In a way that is actually less selfish than before, when my Inner Alpha Male was in my Shadowy unconscious.

In fact, after my own Shadowy Male exploration in waking life, I had a dream about a dark, tall, vampire-like figure who leered at me in a dark labyrinth. Because I was feeling so comfortable with the Shadow from my own waking life work, I simply greeted him and asked him “what’s up?” He smiled his big, scary, sharp-toothed smile, took me by the hand and said, “I can help you get through this labyrinth pretty quickly.” We then began to skip and giggle and laugh, as we found our way to the center, which had nice couches and good music playing. He fixed me a cocktail and we cuddled and then I woke up! Does this mean all my Shadow work is done? Far from it! Does this mean Shadow work is always playful and fun? Not necessarily, but it can be more fun than you might realize, once we can get past that initial fear, disgust and rage that these characters bring up in us. This is the work of a lifetime. There is always more to explore and uncover and receive and integrate, and each day that I do this work, I become more empowered, vital and loving in my life.

Email me to find out more about how you can do your own Shadow Work. 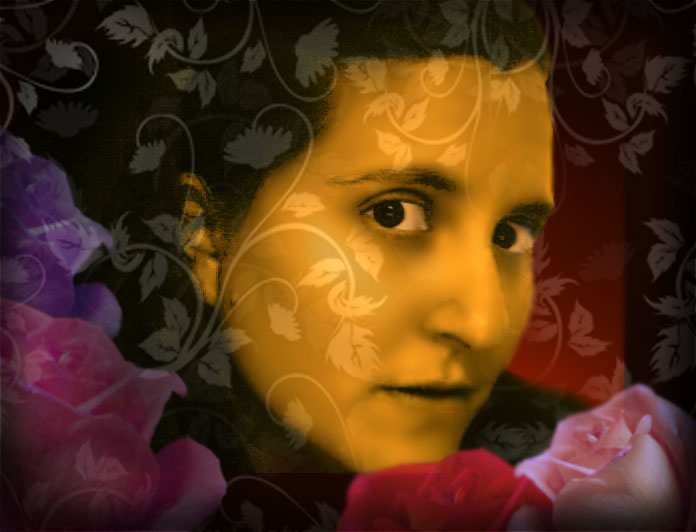 Tristy Taylor is a Portland, Oregon-based transformation teacher, dream worker, shadow worker, ordained interfaith minister and dream artist. Raised by world-renowned dream worker Jeremy Taylor and dream artist Kathryn Taylor, she has been working with her dreams from the very beginning. She has been leading dream groups since she was 15-years old, and over the last three decades, she has grown her own dream work offerings to include art making and ritual as guided by the dream world, as well as opening the rich secrets of Shadow work and nightmare imagery. She has a Master of Arts in Transformative Arts with a Dream Studies certificate from the Graduate School for Holistic Studies at John F. Kennedy University, and she currently teaches a variety of classes for Morbid Anatomy Academy and the Chaplaincy Institute for Interfaith Ministries. She also sees clients one-on-one and facilitates online dream workshops every season.